Bangalore, November 8: The 35th General Assembly of the Catholic Bishops’ Conference of India (CBCI) got off to a colorful start with the grand inauguration program at St John’s Auditorium, Bengaluru on Monday. 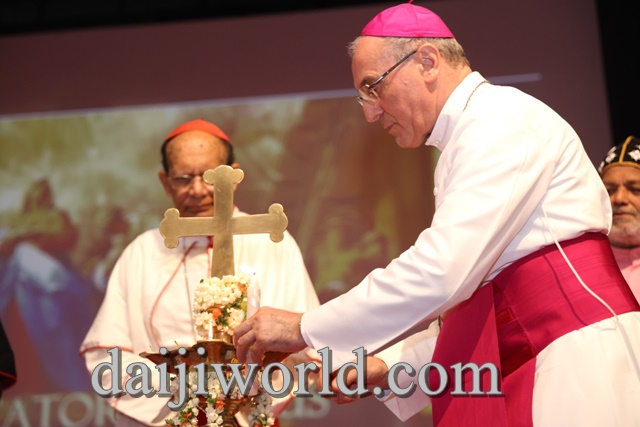 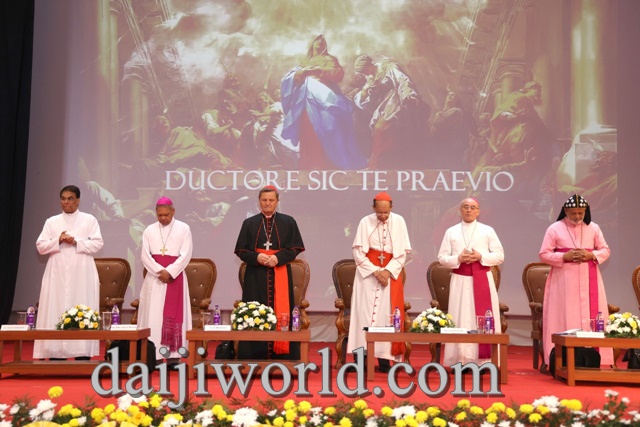 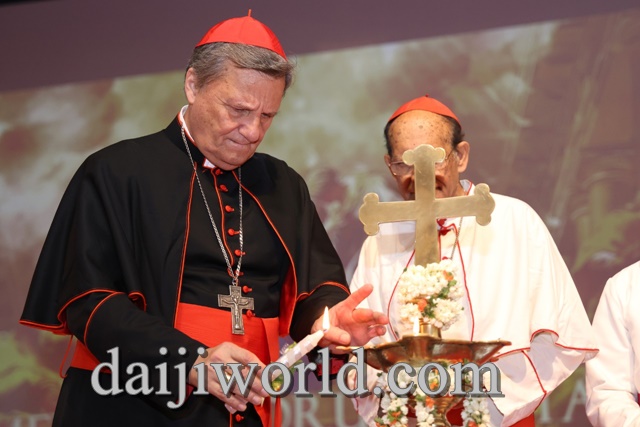 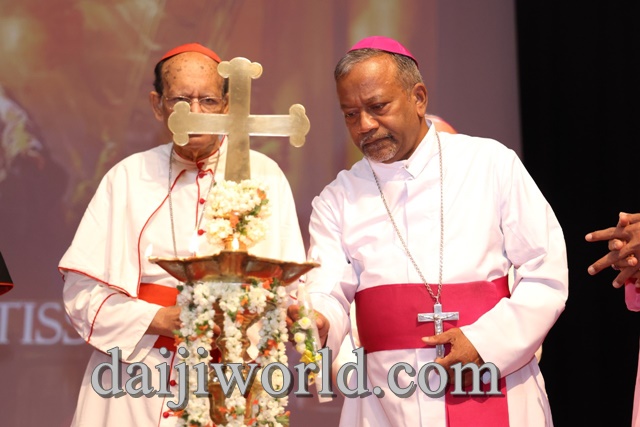 Bishop Peter Machado welcomed the distinguished dignitaries to the dais and the large gathering of bishops, sisters and lay faithful. He presented a brief history of Bengaluru and the statistical representation of the religious presence and demographics of the Catholic population in the Archdiocese of Bangalore.

The Apostolic Nuncio to India and Nepal, Archbishop Leopoldo Girelli, has urged not to be shy in spreading and professing one’s faith and defending the rights of the Church.

His Eminence Cardinal Oswald Gracias, in his address, said that during the pandemic, the Church at large has found various pastoral possibilities through digital publications and online dissemination.
The Archbishop of Bombay also shared the summary of the deliberations that took place during the meeting of the Federation of Asian Bishops (FABC) earlier this month.

Guest of honor His Eminence Cardinal Mario Grech conveyed Pope Francis’ greetings to his brother bishops in India and told the assembly that the Holy Father appreciates the commitment of the Indian bishops.

Insisting on the synodal consultation and on the very theme of the current CBCI meeting: synodality: the call to be a synodal Church, the pontifical representative urged the participants to deepen the Book of the Acts of the Apostles, because in it the first mention of the Synodal Church.

CBCI Assistant General Secretary Reverend Father Jervis D’Souza moved the vote of thanks and the inauguration ended with the singing of the national anthem.

The session was moderated by Archbishop Antony Pappusamy, Archbishop of Madurai.

The second session of the afternoon was the presentation of the keynote address: The Call to be a Synodal Church by His Eminence Cardinal Grech. The session was moderated by Bishop Joshua Mar Ignathios, CBCI Vice President. He explained very clearly what is the purpose of the Synod and the thought of the Holy Father Pope Francis who initiated the whole synodal process.

The Cardinal stressed that Pope Francis’ desire is to promote the ecclesial spirit where everyone participates and assumes responsibility for continuing the mission of Jesus Christ. Even if such involvement of the laity existed, their active participation was not much encouraged.

Over 1000 summaries received from around the world in which people feel that the Church is clergy centered and the lay faithful are either left out or less important. In his opening address, His Eminence also underlined that this process of synodal consultation has galvanized the Church and promoted spiritual communion. It is emphasized at length in the synodal working document.

His Eminence also underlined “synodalism” in its theological, ecclesial, biblical and pastoral dimensions and its implications and challenges. He commended the Bishops for the initiative they have taken to organize diocesan, regional and national synodal processes and to prepare very practical synodal summaries.