Udupi, May 16: The renovated 100-year-old St Thomas Syrian Orthodox Church, Sastan is set to be dedicated and inaugurated on Tuesday May 17 and Wednesday May 18. The consecration will be led by His Holiness Baselios Marthoma Mathews III Malankara Metropolitan and Catholicos of the East, the Supreme Head of the Indian Orthodox Syrian Church (Malankara). His Holiness will be assisted by Dr. Yakob Mar Elias (Bishop, Diocese of Brahmavar), Dr. Yakob Mar Irenios (Bishop, Diocese of Kochi) and Dr. Geevarghese Mar Yulios (Diocese of Ahamadabad).

St Thomas Syrian Orthodox Church, Sastan with parishioners belonging to over 230 families, is the second largest church of the Brahmavar Konkani Orthodox community under the Holy See of Indian Orthodox Church (Malankara) which was founded by St Thomas, the apostle in 52 AD. 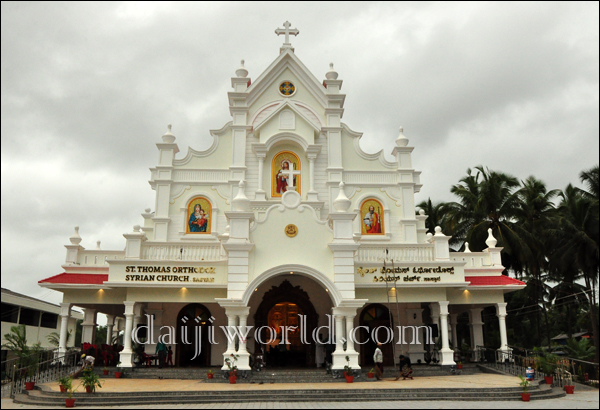 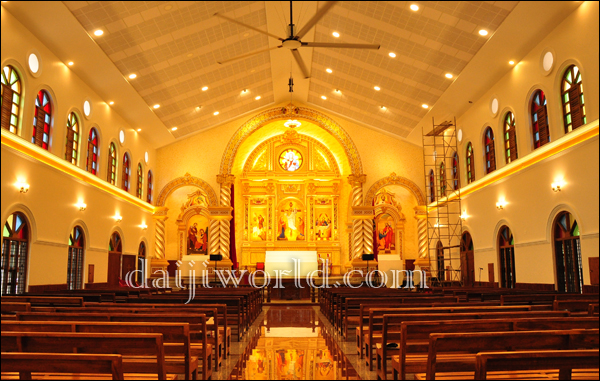 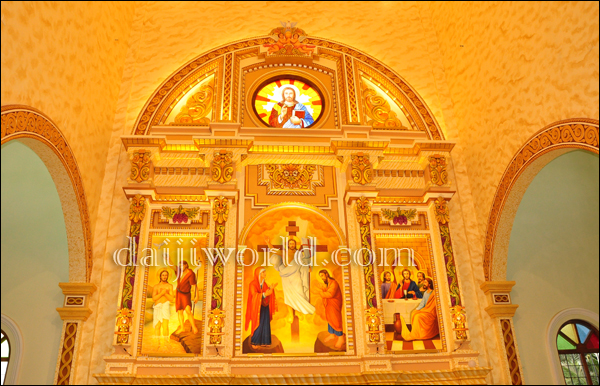 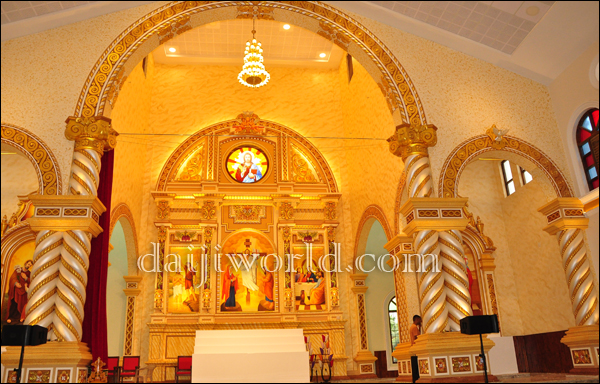 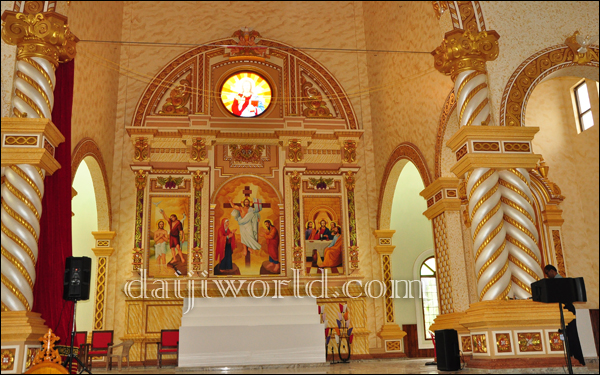 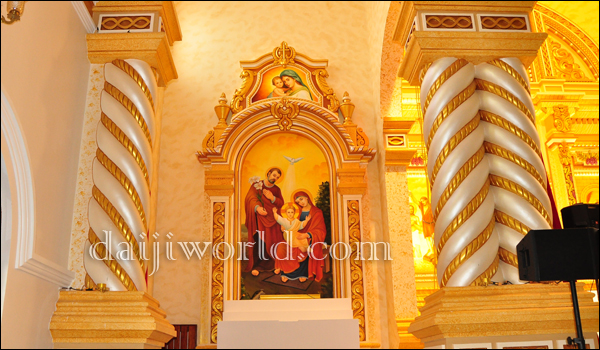 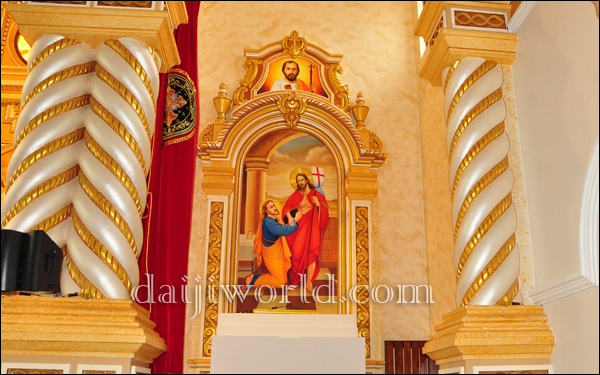 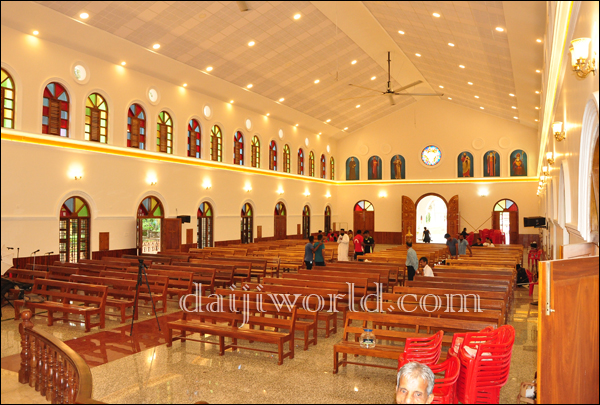 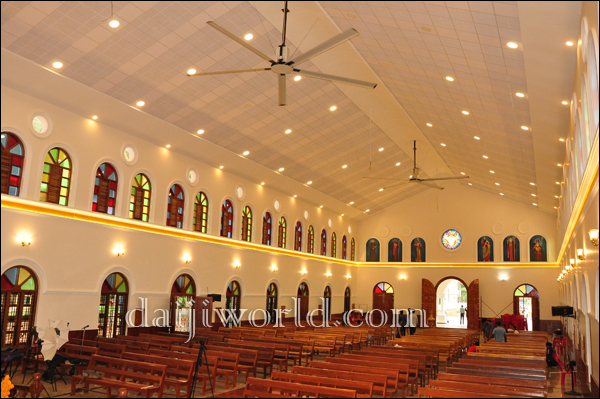 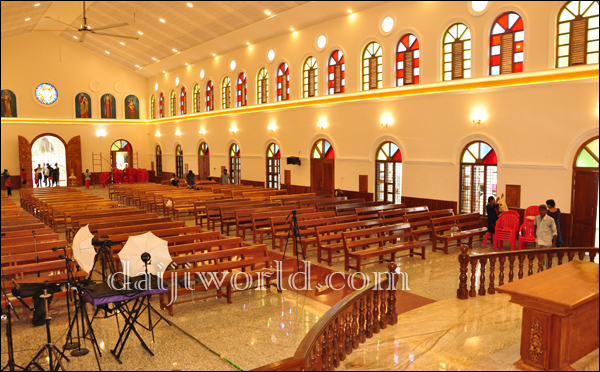 The patron saint of the parish is Saint Thomas, the Apostle of India and all the East; the founder of the Indian Orthodox Church (Malankara), whose blessed intercession has been evidenced by the many miracles that have occurred here over time. The church has provided many opportunities for its parishioners over the years to worship, strengthen their bond and serve the community.

The Brahmavar Konkani Orthodox Christians are mainly descendants of migrants from the coastal region of Karnataka from Goa and Maharashtra. A significant proportion of Christian Konkanis finds its origin in the apostolic tradition of Saint Thomas and Saint Bartholomew. There is a tradition that Christianity existed in and around Brahmavar, due to the apostolic activities of St. Bartholomew.

After the 16th century, the native apostolic Christians of Goa and coastal Karnataka and elsewhere are said to have adopted the Christian denomination propagated by missionaries from the west.

In 1880, due to the split in the churches of Goa, Coastal India and Ceylon, many families and devotees joined Father Alvares in seeking his leadership in this crisis. Thus, nearly 5,000 families from Brahmavar and surrounding areas became part of the Independent Catholic Missionary Rite founded by Father Alvares under the Syrian Orthodox Church of Malankara.

The reason for the specific adherence to the Malankara Syrian Orthodox Church was the fact that it was the only Apostolic Indigenized Church established in India in 52 AD by Saint Thomas, one of the twelve disciples of Jesus- Christ. In 1887, Father Alvares, traveled from Ceylon and arrived at Kallianpur, near Udupi, a village in the southern district of Kanara. From there he moved to a nearby village, Brahmavar, and built a small temporary thatched-roof chapel dedicated to “Our Lady of Miracles” which came to be known as the Syrian Orthodox Cathedral of St. Mary.

Orthodox devotees belonging to the Syrian Orthodox St. Mary’s Cathedral living in Sulkudru, Balkudru, Airody, Mabukal, Sastan, Kota and Karkada faced difficulties in crossing the Sita River to reach the Church of Brahmavar. In view of this difficult situation, in 1920 a piece of land was purchased in Sastan at the time of Holy Father RZ Norohna and in 1925 a thatched-roof chapel was built by Father PG Koshy, in order to provide these faithful a place to offer Holy Mass. and prayers. In 1938, Father KT Varghese became parish priest. The parish gradually grew and prospered, and in 1960, under the direction of Father Varghese, work began on the renovation of the church with a red stone and tiled roof, despite the extremely poor agrarian environment, Father Varghese and the parishioners showed great foresight and made tremendous efforts to build the church. It is said that with the saving and storage of ‘Mutti-thaandhu’ (a handful of rice) by each parishioner over time and with the sweat of their own labor, the church was built.

Over the following years, many other infrastructural developments were carried out. In 1986, Fr. TM Kuriakose took over as parish priest.

In 1989, the then Diocesan Bishop, HG Zechariah Mar Dionysius (Metropolitan of Madras Diocese) visited the parish and blessed the new cemetery. A youth office and a theatrical stage were built during the decennial celebrations of the youth association in 1994. In 1999, Father Kuriakose established the women’s association. On January 11-12, 2000, the church celebrated its platinum jubilee on a grand scale. The then Diocesan Bishop, HG Yakob Mar Irenaios (Metropolitan of Madras Diocese) led the Jubilee celebrations. His Grace also inaugurated the parsonage and church office on January 12, 2000.

Father Kuriakose, Parish Priest, Father Ramban NJ Thomas, Vicar General and other assistant vicars at the time, Father PA Johnson and Ramban GM Skaria took the lead in organizing such an event at large scale for the first time in the parish. In 2000, Father Johnson took over as pastor. The church and all spiritual associations grew immensely, as Holy Mass was now offered every Sunday and a full-time parish priest for the church in Sastan was now a reality. Between 2010 and 2011, for a period of six months, Father Bobby George served as parish priest. On August 2, 2011, Dn Noel Lewis was ordained a priest in this Church. In September 2011, Father Noel Lewis took over as parish priest. On December 8, 2013, a community social gathering hall was inaugurated by HG Yakob Mar Elias (Metropolitan of Brahmavar Diocese). His Holiness was the first catholicos to visit the parish and was greeted with great grandeur. The long-awaited foundation for the construction of the new church building was laid on December 10, 2017 by Diocesan Bishop HG Yakob Mar Elias (Metropolitan of Brahmavar Diocese). Since then, all the parishioners have worked day and night and participated in the construction work of the church. The renovation is now complete during the tenure of the parish priest, Father Noel Lewis.

The renovated church building features a blend of Portuguese, Kerala and modern Gothic architecture. Thus, elegance and determination are well maintained. The beautiful facade, with a rise in the middle, recalls the Portuguese architectural influence on the Konkani Christians of Mangaluru. The steel flag pole with a golden mantel brings the feel of classical Indian/Kerala architecture, echoing the Indianness of the Malankara Orthodox Church.

The dedication program officially began with the raising of the flag on May 8.

On Sunday May 15, parishioners brought their offerings through the “Hore Kanike” procession from Mabukala to the church.

On Tuesday, May 17, the main festivities will begin with a grand welcoming procession of the Catholicos to Brahmavar at 3 p.m., followed by prayers of consecration at 5:30 p.m.

On Wednesday, May 18, the second part of the consecration prayers will begin at 6:30 a.m., followed by Holy Mass at 8 a.m. and the program of congratulations, and followed by a fraternal meal. In the evening, cultural programs will take place.