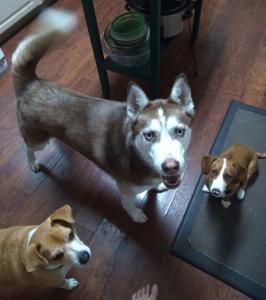 But then our beloved Pope Francis throughout his pontificate speaks out against “the sin of clericalism.” Webster’s dictionary defines clericalism as a policy of supporting the influence and power of the clergy in secular or political issues.

Pope Francis further expressed his aversion to clericalism and issued an apostolic letter titled “Traditiones Costodes”. Apostolic letter issued “Motu proprio” by the Sovereign Pontiff Francis “Traditionis custodes” on the use of the Roman liturgy before the reform of 1970, July 16, 2021 | Francis (vatican.va)

As a politically progressive American Catholic who loves traditional worship, I feel deep frustrations in several areas. Many of them

mainstream American Catholic parishes don’t seem to care much about vulnerable people or people in general. I witnessed a deliberate devaluation
of Catholic social teaching, a blatant disrespect and even hatred towards Pope Francis, and an attitude of leadership privilege steeped in clericalism.

Although I know there are a few humble exceptions, like the San Fernando Cathedral in downtown San Antonio, TX, where we attend mass. 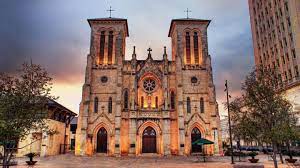 I think many traditional American Catholic parishes are strongly tied to Caucasian right-wing racial politics attitudes to the
the whole of Catholic Teaching which magnifies a radical love of God and neighbour. This is partly, but not entirely, the reason why Pope Francis published
“Traditional Custodians”. As Pope Francis also said in one of his earliest interviews, “Many Catholics seem to be obsessed with abortion,
contraception and gay marriage. I think the same is true for parts of the broader conservative American Church. Although it is three
The Catholic doctrines I have listed are NOT the only doctrinal teachings of the Catholic Church. Unfortunately, they have become hot political issues
in the fascist sectors of Catholicism. Many alt-right conservative American Catholic clergymen and many alt-right conservative white ministers

the laity can isolate and elevate these three doctrines far above all other doctrines. They can do it to the point of excluding many other Catholics
teachings while even harming people through political militarization. I frequently mention the word “white” because the racial component of the alt-right
Catholicism is blatantly white in America and in different parts of the world.

The United States Conference of Catholic Bishops (USCCB) lists the seven proponents of Catholic social teaching below. Summaries are my own paraphrases
with verbal permission from the USCCB. Here is the USCCB link if you want to know more about Catholic Social Teaching.

I think Catholic social teaching more closely aligns with the Democratic Party and the Gospel, although some teachings do not align with the
Democratic Party, like abortion. Yet we cannot ignore and even dismiss the other 46 problems of life that the Church teaches.

Life and dignity of the human person

The Catholic Church teaches that all human life and all human dignity are sacred, from conception to natural death. This teaching is the basis of Catholic social teaching.

Call for family, community and participation

A human being is identified as sacred AND social. Economics and politics, both in law and in politics, directly affect human beings and more broadly
society. All persons have the right and the duty to seek and participate together in the common good of society and the well-being of all,

especially the vulnerable and the poor.

Catholic tradition teaches that human life and dignity must be equally protected at all stages, and that a healthy community can only be achieved
whether human rights are protected and responsibilities fulfilled for all, not just some. Furthermore, justice for a marginalized group cannot be pursued at
the cost of harming and even exterminating part of another marginalized group. Therefore, every person at all stages of human life has a fundamental right
right to life and human decency.

Option for the poor and vulnerable

It is a basic moral obligation to regularly care for and check up on the most vulnerable members of society, regardless of their religion or not.

religious affiliations. The Gospel of Matthew 25 teaches us to put the needs of the marginalized and the poor first.

The dignity of work and the rights of workers

The economy must serve the common good of the whole society, not just a part of it. Work is more than a means of earning money or earning a living; it’s a

participatory form of interaction with God’s creation. Fair or decent wages and respectable working conditions must be implemented, protected and

All human beings are part of the same human family, regardless of their race, creed or way of life. We are all brothers and sisters created in the Imago
Dei, the image of God. Loving your neighbour, whoever he may be, is at the heart of the Christian faith. There is also a virtue of
SOLIDARITY rooted in peace and justice. The Beatitudes listed in the Gospel of Matthew Ch. 5 call us to be peacemakers. Pope John Paul VI taught
that if we want peace, we must work for justice.

Stewardship of creation shows respect for God. Care of the earth is required of our faith. Environmental challenges and needs of humanity
cannot be dismissed but recognized and properly dealt with.

As my favorite evangelical pastor Reverend Jim Wallis says in this video below, “Being a Christian is about more than our stance on abortion and same-sex
marriage.” He is now the inaugural chair of faith and justice at the Faith and Justice Center at Georgetown Catholic University.
And on that note, I fully support the basic human rights of LGBTQIA+ people and their families, just as I would any other marginalized person.
group because it’s pro-life to do so.