I don’t usually post around midnight just to share a four-year-old article I found, but I usually don’t read articles so clear, so well-reasoned, and so solid in their argument that I become almost jealous of the author and I wish I had written it myself. This April 2018 article on the Irish Jesuits website, written by Dermot Roantree on “The Ironies of Catholic Traditionalism“, clearly and concisely articulates the fatal flaws of the traditionalist approach to magisterial and petrine authority and ecclesiology, reflecting on the 2018 “Chiesa cattolica, dove vai?(“Catholic Church, where are you going?”) in Rome, where Cardinal Raymond Burke delivered his address on the limits of papal power.

We have addressed this speech many times on this site; I mentioned it in a 2019 article about the Cardinal’s clear rejection of Church authority, Pedro Gabriel responded to it by reposting his essay rejecting the “Sola Traditio” position; in another article, I contrasted Burke’s statements in this speech with the remarks of a man considered to be his spiritual mentor, the Servant of God John Hardon, SJ.

But I think Roantree really nailed it with his critique of the logical inconsistencies in Burke’s approach:

Yes, as Cardinal Burke has tried to point out, the “plenitude of power” of the Pope is not an authority over the magisterium but a “necessity of governance” to be exercised “in full fidelity” to it. He cannot simply declare what he wants and expect approval. “Therefore”, concludes the Cardinal, “any expression of doctrine or practice which is not in conformity with Divine Revelation, contained in Sacred Scripture and in the Tradition of the Church, cannot be considered an authentic exercise of the apostolic or Petrine ministry and must be refuted by the faithful.

But that doesn’t really get us much beyond private judgment. What happens – and this is not just hypothetical – if the pope declares his teaching is indeed in accordance with Scripture and tradition? What if countless clergymen, theologians and faithful Catholics agreed? What sense of tradition do you go with then? How do you decide? Cardinal Burke speaks as if the concept of tradition itself were transparent and unproblematic. Clearly, this is not the case. His own understanding (and most Catholic traditionalists are largely with him on this) depends heavily on a propositional, archival sense of tradition that emerged during post-Tridentine polemics. In other words, it is not in itself a traditional understanding of the tradition. There is no reason to privilege it or consider it prescriptive.

Since then, Cardinal Burke has delivered this message many times, including a July 10 speech at the CREDO forum in Saint-Louis, just weeks before his hospitalization for Covid-19, and in a new section on papal power, he added to the “Manual of the Marian Catechist” – the booklet of instructions for a catechetical apostolate begun by Fr. Hardon (who is probably rolling in his grave) – in which he seems to assert that his theory allowing a “formal act of correction” from a pope is a Catholic teaching (it is not):

Since the Roman Pontiff remains a human being, he is subject to sin and heresy or acts that promote sin and heresy. If he undertakes any sinful or heretical action or encourages sin and heresy, it does not enjoy the authority of his fullness of power and must be corrected by the faithful, in general, and, in a particular way, by the bishops. In the classical treatises, it is provided, as history also attests, that the Roman Pontiff can fall into heresy or abandon his primary duty to safeguard and promote the unity of faith, worship and discipline. Since the First See is judged by no one (cf. CIC, canon 1404), what to do in such a case?

The Gospel and canonical tradition teach a twofold process: first, the correction of alleged error or abandonment of duty must be made directly to the Roman Pontiff; and, secondly, if he continues to err or fails to answer, the matter must be declared publicly for the good of all the faithful. According to natural law, right reason requires that the individual be governed according to the rule of law (regula iuris) and, if not, provides that the individual may seek recourse against actions that violate the rule of law. law. Christ himself teaches the way of fraternal correction, which applies to all the members of his Mystical Body (cf. Mt 18, 15-17). His teaching is put into practice in the fraternal correction of Saint Peter, carried out by Saint Paul, when Saint Peter did not want to recognize the freedom of Christians vis-à-vis certain ritual laws of the Jewish faith (Galatians 2:11- 21). Finally, canon 212 of the 1983 Code of Canon Law provides for the faithful the directive concerning the correction of pastors, including the Supreme Pastor.

Anyway, enough of Cardinal Burke and enough of me. Please read the excellent essay by Dermot Roantree. I would like to discuss it. 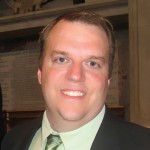 Mike Lewis is a writer and graphic designer from Maryland, having worked for many years in Catholic publishing. He is a husband, father of four children and a lifelong Catholic. He is active in his parish and his community. He is the founding editor of Where is Peter.