With the Gold Medal of the Valor of the City of Athens, which is the highest honor of the Greek capital, His Holiness Pope Francis was honored by the Mayor of Athens, Costas Bakogiannis, after a decision of the Council municipal and in recognition of the work, the social contribution and the deep sensitivity of the Primate of the Roman Catholic Church.

The presentation of the Medal to the Pope took place on Sunday afternoon, immediately after the end of the divine service planned at the Athens concert hall, in a simple ceremony.

Pope Francis, as an exception to the rules, accepted this honorary distinction from the city of Athens, recognizing in practice the timeless importance of the Greek capital.

A few hours earlier, the Pope had described Athens as a place which is “a gift, a heritage of humanity on which the foundations of the West are built”.

The mayor of Athens conveyed to the head of the Roman Catholic Church the deep respect for him, as well as the representatives of the City Council and thanked him for his contribution to Man, which he always puts at the center with his words and its possible Actions. 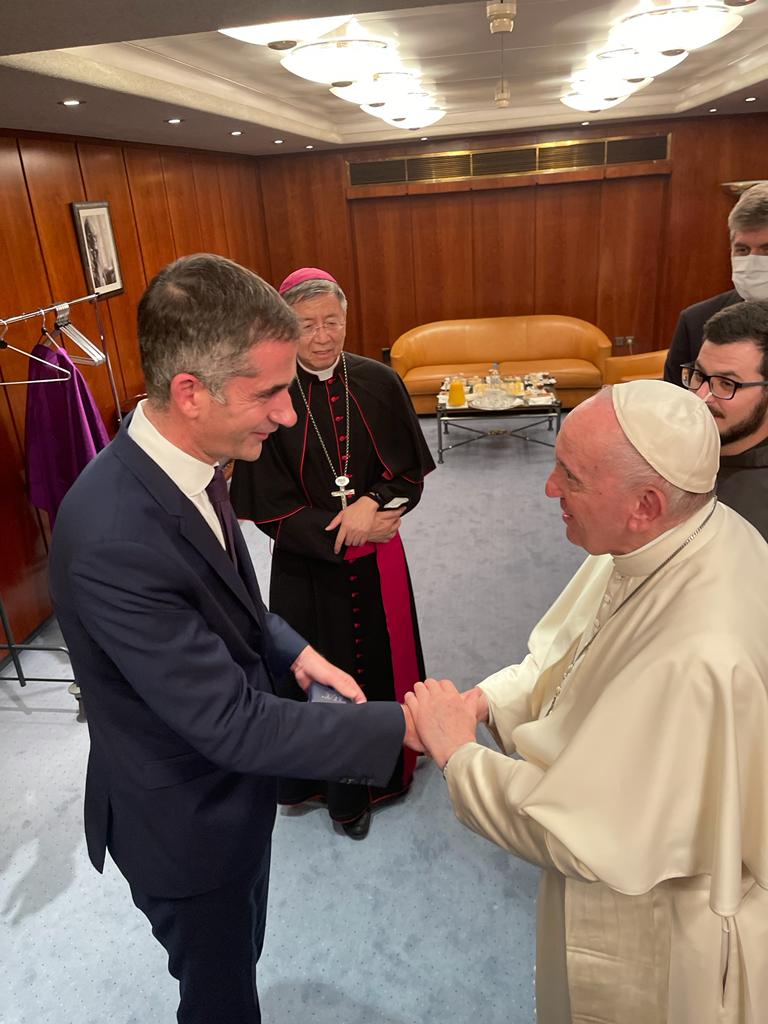 “The presence of Pope Francis is a great honor for Athens. His deep sensitivity, compassion, spiritual influence and multifaceted work are world famous. We award him the City’s Gold Medal as a minimum example of respect for his enormous contribution to the persecuted man, for his contribution to the dialogue of the Christian world, for his support so that Hagia Sophia remains a symbol of religious worship and an ecumenical world heritage monument. Costas Bakogiannis underlined “Athens today is the one which knows the consequences of the triple crisis: it has withstood the waves of refugees, it is experiencing the outbursts of the health crisis, it is already accepting the consequences of the climate. All these dimensions aggravate the pre-existing economic inequalities, for the attenuation of which we are on the same side of history, from our common apostolic roots, a modern link linking our common anxieties, guided by man as tradition dictates and the philosophy. us since antiquity “

** The parchment accompanying the medal reads:

The Athens City Council, with its number / deed, awarded His Holiness Pope Francis the Gold Medal of the City of Athens, as a sign of deep respect for his personality and global prestige as a leader religious.
Recognize his practical love and dedication to the absolute value of the human condition. Its constant effort to alleviate the problems of our fellow human beings who suffer and to defend human rights, promoting the values ​​and principles of the Christian spirit, to achieve social justice and reconciliation between nations.