Members of the Royal Family, senior government officials, guests, Dr Shaikh Khalid bin Khalifa Al Khalifa, Chairman of the Board of Trustees of the King Hamad Global Center for Peaceful Coexistence, Reverend Fathers, Religious Sisters and guests were present at the inauguration.

His Highness Sheikh Abdallah conveyed greetings and pride from His Majesty the King at the inauguration of the largest cathedral in the Arab Gulf region.

He affirmed the concern of HM the King to strengthen the position of Bahrain as a civilized country and a pioneer of tolerance between peoples and religions.

“The donation of land from His Majesty the King to build this church, with an area of ​​9,000 square meters, reflects HM the King’s vision to protect freedoms, promote diversity in unity, and ethical and religious values, ”said Sheikh Abdullah. 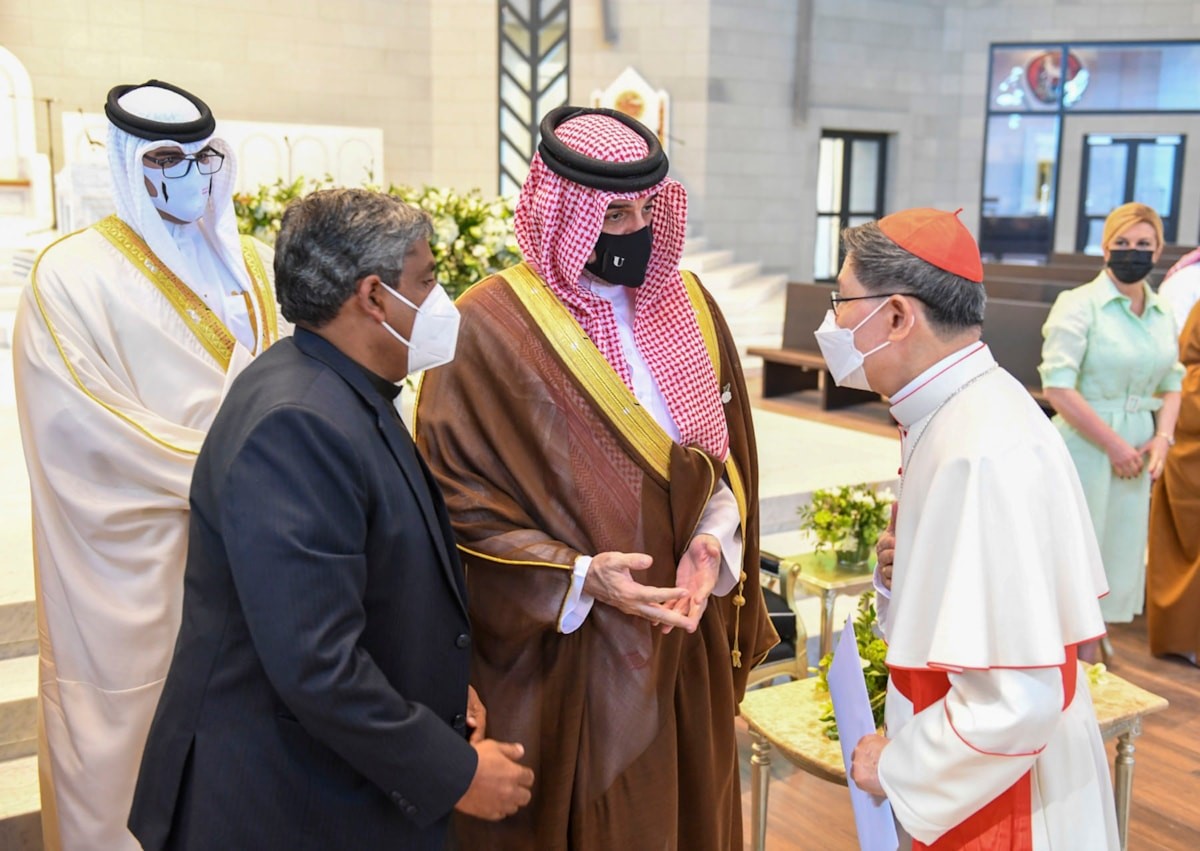 His Highness Sheikh Abdullah praised the efforts of the government, chaired by HRH Prince Salman bin Hamad Al Khalifa, Crown Prince and Prime Minister, to promote these values ​​and principles among all social segments in Bahrain.

At the opening, His Highness Sheikh Abdullah praised the efforts to build the church which reflects traditional Christian architecture and a religious monument in Bahrain. 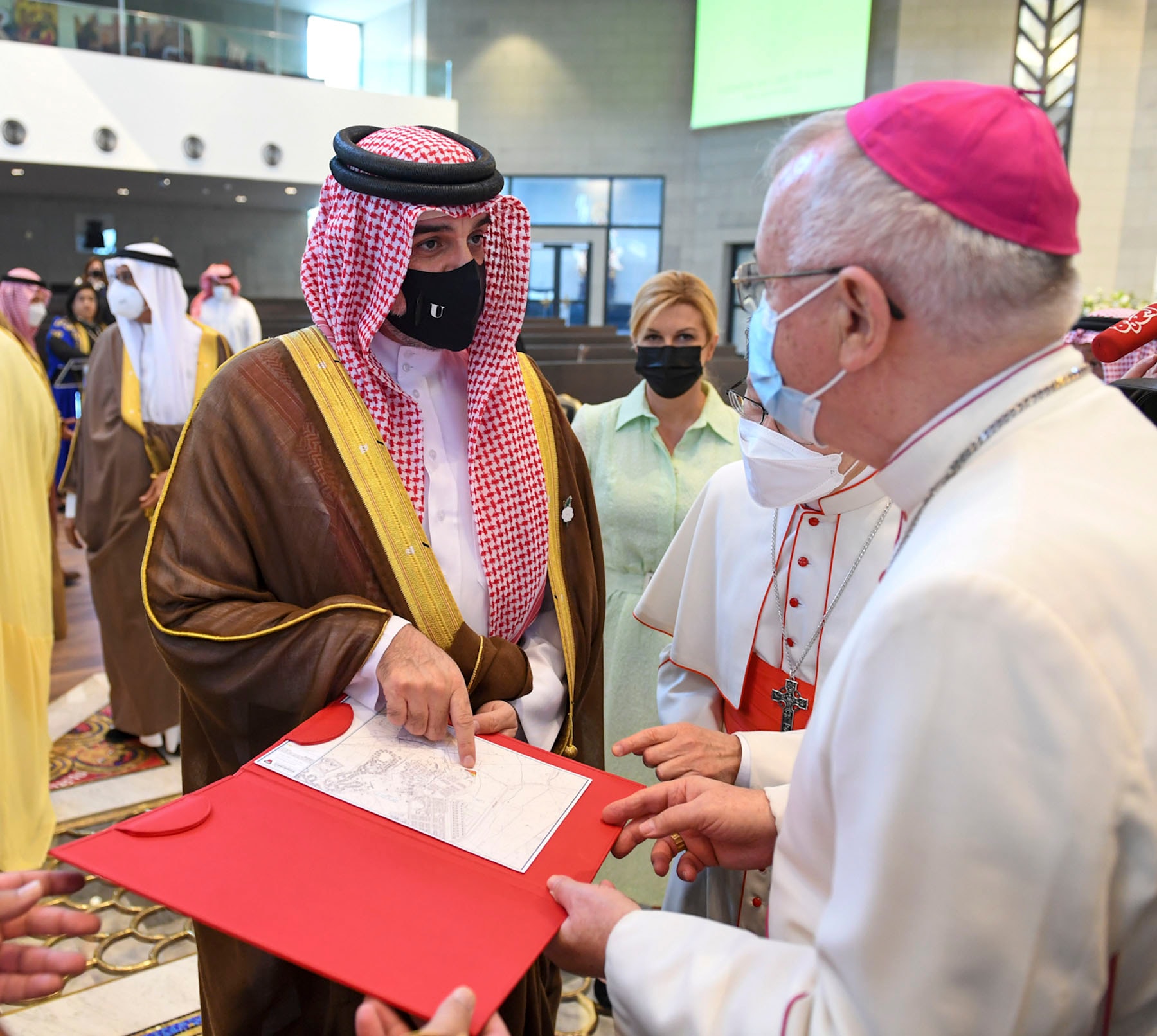 Tagle conveyed greetings and wishes from His Holiness Pope Francis to His Majesty King Hamad bin Isa Al Khalifa and to the Catholic community in the region.

“The Holy Father and the Catholic community of the Apostolic Vicariate of North Arabia thank Your Majesty the King for having perpetuated the tradition of the Royal Family for his closeness and his support to the Catholic Church over the years and above all for donating the land on which this beautiful cathedral now stands. 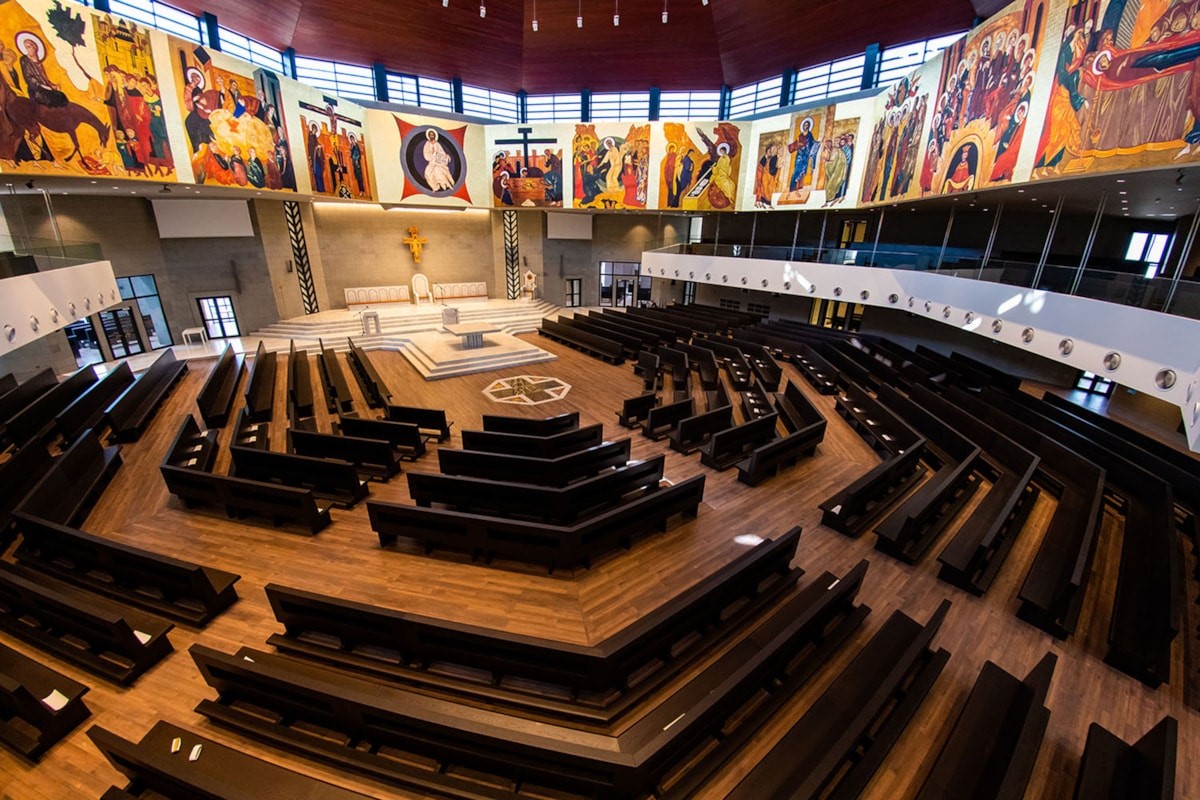 The church dedicated to Mary Queen of Arabia will be consecrated today by Cardinal Luis Antonio Tagle.

Dr Shaikh Khalid bin Khalifa Al Khalifa, Chairman of the Board of the King Hamad Global Center for Peaceful Coexistence, stressed that the eyes of the world are now on Bahrain with this historic event.

Dr Shaikh Khalid said that in 1819 when the first Hindu temple opened, it was a first at the time, not only in Bahrain but in the region as a whole, and in 1893 the American Economic Missionary Society came to establish a church, a school and a hospital. 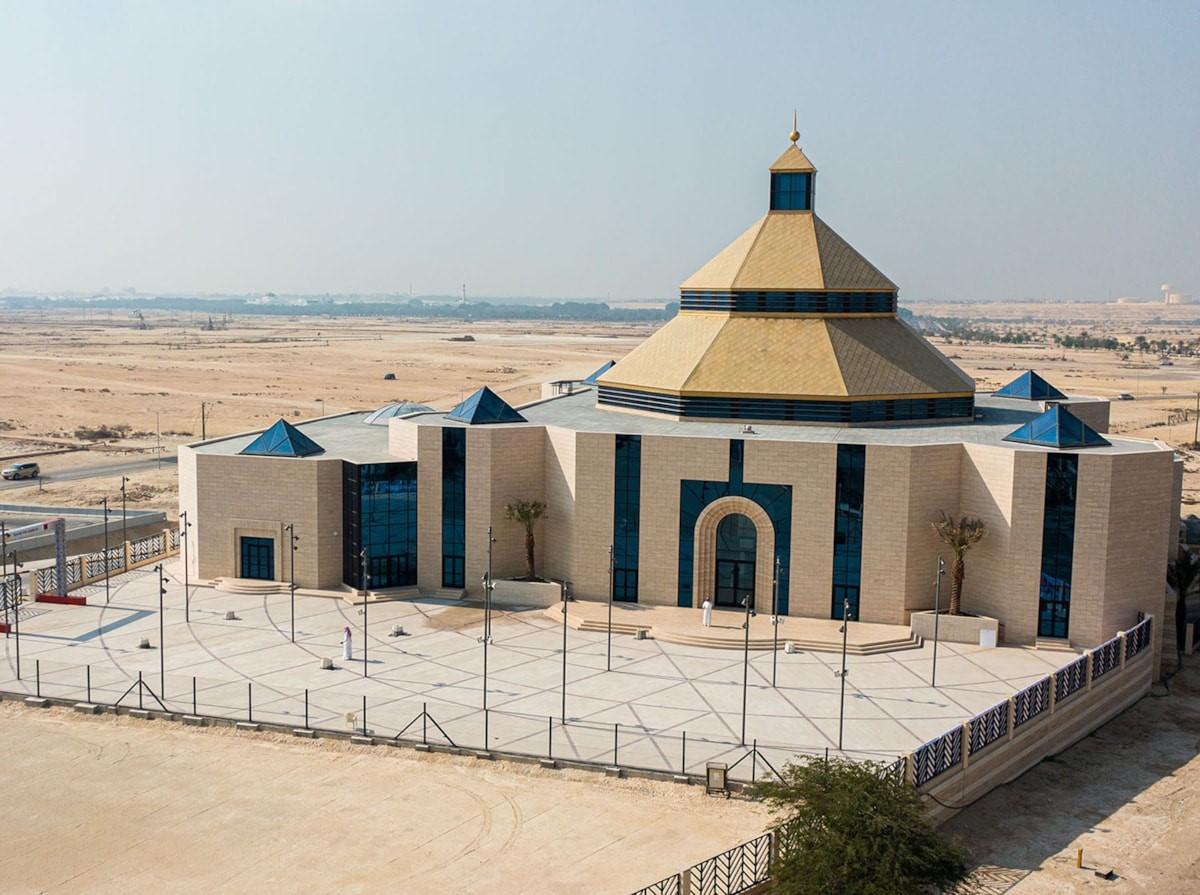 He said: “It was not surprising that in 1893, representatives of the American mission came to Bahrain, met the then leader, the late Sheikh Isa bin Ali Al Khalifa, and asked for his permission to ‘establish a church, a school and a hospital. “

“It took everyone by surprise because there was a Muslim leader who supported and allowed the preachers to come and preach the Christians.

Such a gesture and such support can hardly be found today, but what about 125 or 200 years ago, ”he added. 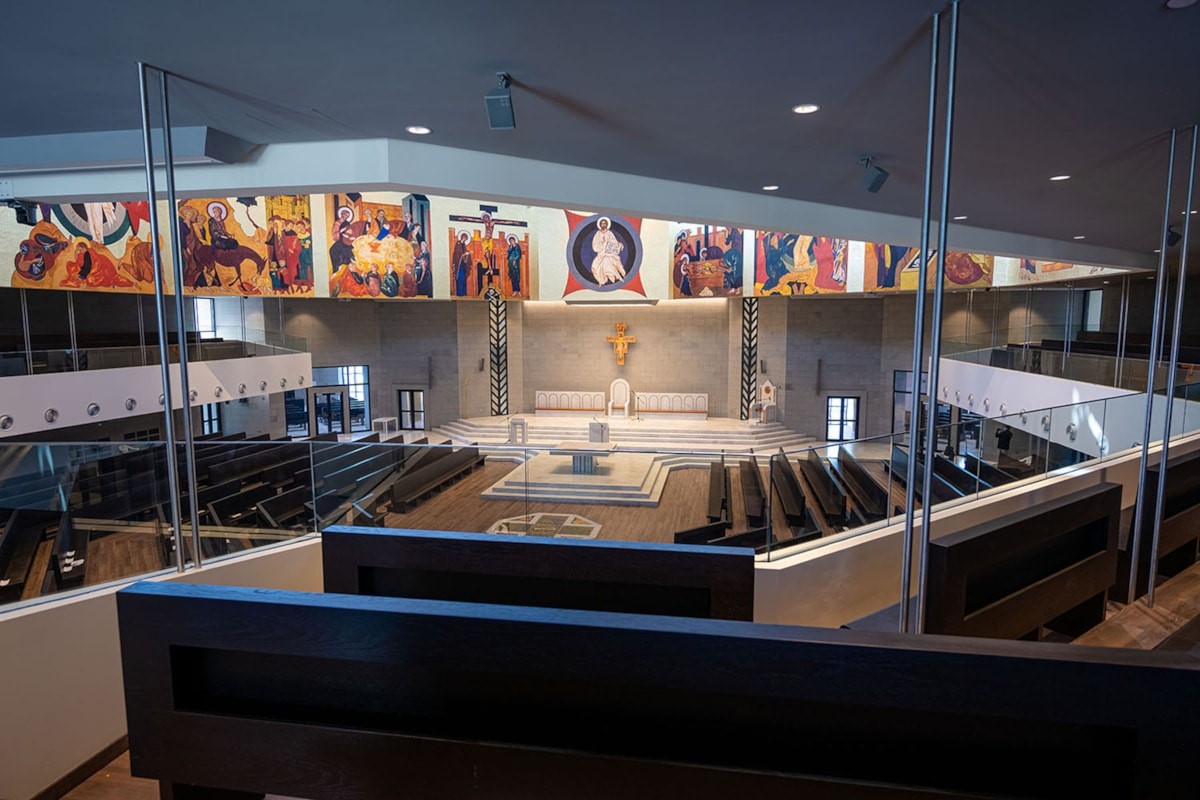 Dr Shaikh Khalid said he hopes this church will remain a beacon for many and send a message of hope and peace to other places of worship in Bahrain.

Bishop Paul Hinder, Apostolic Vicar of the Apostolic Vicariate of South Arabia and Apostolic Administrator of North Arabia, said the opening of the cathedral is a unique and historic event.

“We have about 80,000 members of the Catholic community here in Bahrain. 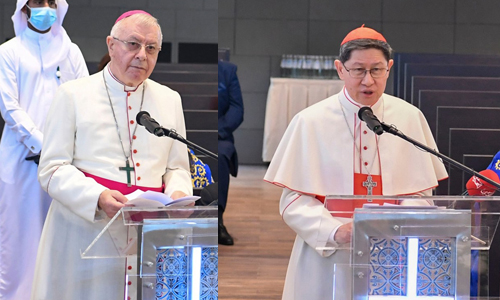 For me, the opening of this Cathedral is a situation that I have inherited, and it is a wonderful feeling because for me overall, I am attending the inauguration of the seventh church in this area.