VATICAN CITY (RNS) – In a recently published book, a Vatican journalist details the mental and physical abuse, oppression and racism suffered by nuns. Their treatment is often considered one of the most hidden problems within the Catholic Church.

The book, “The Veil of Silence: Abuse, Violence and Frustration in Female Religious Life,” is written by Salvatore Cernuzio, an Italian journalist from the Vatican, after he began to hear the stories of abuse and denigration that exist in many female religious congregations. .

Cernuzio tells the story of 11 nuns from different backgrounds and countries around the world who suffered forms of abuse – verbal, physical and sexual – while in a religious congregation. The stories differ in terms of who perpetrated the abuse, the reactions of the victims, and the cultural background. But the stories share a common approach to hierarchy, argues the book.

“They chose to ‘protect’ the good reputation of the institution by sacrificing the victim,” writes Cernuzio in the introduction to his book. “The mistreated nun is transferred, accused of having seduced the priest, and the priest remains at home, continuing his predatory activity without being disturbed.”

The Italian cover of “The Veil of Silence: Abuse, Violence and Frustration in Female Religious Life” by Salvatore Cernuzio. Courtesy Image

When the abuse comes from a woman, the alleged victims are mocked, Cernuzio wrote. Most of the stories in the book do not involve sexual abuse but rather cases of psychological abuse and abuse of power that have deeply marked the lives of nuns. The fact that cases of abuse in women’s congregations vary considerably makes them “even more difficult to recognize and deal with,” writes Cernuzio.

The issue of racism comes up repeatedly in the book, often experienced by women from Africa, India and the Philippines who are more vulnerable because they lack social support. “Many claim to have been assessed on the basis of their skin color or country of origin, regardless of their qualifications and training,” Cernuzio wrote.

A black nun in the book, called Anne-Marie, spent every morning clearing snow during the winter in Minnesota while the other nuns watched from within. She also felt that she was never listened to at community meetings, “mostly because I was a foreigner, and worse still, African”.

All the nuns who spoke to Cernuzio asked to remain anonymous, a clear sign of the “climate of fear” that Cernuzio sees as “the most dangerous and difficult obstacle to possible reform efforts”.

Many nuns have seen their congregations and even the Vatican turn its back on them once they decided to leave their communities and were left alone to resolve the mental health issues they developed as a result of their experiences.

“They forgot that behind the habit were people,” nun Marcela said in the book, adding that many in her congregation were suffering from stress and burnout. Another nun said she was forced by her superiors to leave the congregation after being diagnosed with depression.

In 2019, on his return flight from an apostolic visit to the Middle East, Pope Francis acknowledged the reality of the abuses suffered by many nuns, which he described as a “permanent problem” and a “scandal”. He told reporters that some of the clergy had already been suspended as a result and the church was “working on it.”

In the same year, Pope Francis issued a decree known as the motu proprio, called “Vos Estis Lux Mundi”, which means “You are the light of the world”. The document introduced new procedures to tackle sexual abuse, requiring priests and nuns to report cases of abuse to the relevant authorities. 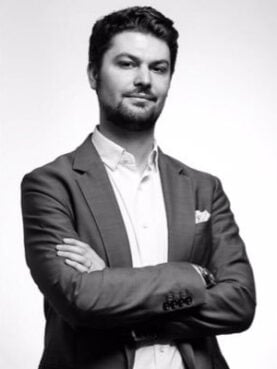 A nun in the book, named Elizabeth, said she was prevented from reporting abuse of a sister by her superior general, despite Pope Francis’ decree. In the book, she told Cernuzio about the nuns “held in captivity”.

Another nun, Sister Aleksandra, claimed to have been sexually assaulted by a priest with whom she collaborated on a project to support young women wishing to become nuns. When she reported the fact to her Superior General, she was told that there had been previous reports and that “obviously, if this happened, it is because we, the nuns, provoked the priests ”.

Almost 4% of religious congregations have been investigated by the Vatican over allegations of abuse, according to data from the Vatican Congregation for Institutes of Consecrated Life, but Cernuzio believes this is not is “just the tip of the iceberg”.

Numerous cases of abuse of nuns have been reported around the world, and in India, a bishop was arrested in 2018 for allegedly mistreating a nun 13 times in the space of two years. In July 2020, the Jesuit magazine “Civiltà Cattolica” published a report on cases of sexual abuse of nuns. A 2018 Associated Press investigative report found that abuse of nuns “is global and pervasive, thanks to the universal tradition of sisters’ second-class status in the Catholic Church and their ingrained subjugation to women. men who run it ”.

Religious orders are at their worst “when they are interpreted and promulgated in such a way as to infantilize, oppress or even manipulate and destroy people”, wrote Sr Nathalie Becquart, undersecretary of the General Secretariat of the Synod of Bishops, in the preface . to the book.

According to Becquart, the abuse of nuns in the Catholic Church must be approached in the larger context of synodality, referring to Pope Francis’ efforts to reform the power structures within the institution through “listening and the participation of all and joint responsibility ”.

Lucetta Scaraffia, former editor-in-chief of “Women, Church, World,” a monthly magazine published alongside the Vatican newspaper L’Osservatore Romano, resigned in 2019, saying the Vatican tried to prevent her from publishing articles on the ill-treatment inflicted on nuns.

In an interview with Religion News Service, Scaraffia said that the abuse of nuns in the church is a “much more complex” problem, because in some cases the priests who committed the abuse are also responsible for the abortion. if the nun is pregnant. The Catholic Church strongly opposes abortion and considers it a sin, which means that such cases create “a crisis in the credibility of the Church that goes beyond sexual weakness.”

“Since there are a lot of reports from nuns in the Vatican, they don’t want to see them as credible voices,” Scaraffia said. “If you don’t think the abuse reports are credible it implies that you don’t think anything from women is credible, to me those two things are related.”

“The Veil of Silence” is currently only available in Italian.