Because of its divisions, it can be tempting to avoid the topic of politics within the Church altogether and focus instead on the seemingly less controversial issues of faith and spirituality.

Avoiding politics, however, would not be Christian. It is not because the Kingdom of God seeks to establish itself as a polity, for that would greatly diminish its eternal power. Rather, Christians 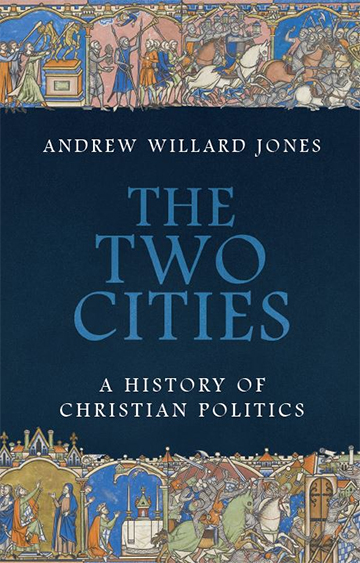 cannot avoid politics because faith cannot be contained within any framework, political or otherwise. The Kingdom of God has the power to transform every aspect of human life if we allow it to do so.

Throughout the history of the Church, Christians have engaged in politics in very different ways. From existing as a persecuted minority to wearing Caesar’s crimson, picking up the remnants of a fallen empire, presiding over a richly Christian culture, entering a bitter civil war, once again becoming an object of persecution and finally groping to navigate a predominantly secular world — at all these stages, certain common principles emerge. Although the Kingdom of God is not of this earth, it exists on this earth in the lives of Christians who, as pilgrims traveling the world, always seek to promote the good of all.

Even in its early days, the Church attracted converts from the House of Caesar, government officials, and the military. Rather than removing these converts from their roles in society, they were given moral and spiritual guidance to fulfill their duties in a higher way, with the help of God’s grace. The work of the laity in the world itself becomes an expression of the saving mission of the Church, witnessing to the power of the Kingdom of God to make all things new.

The Church has never sought to nullify the distinct role of the political realm, even though God has raised up saints to correct those who would blur the distinction between the two.

Saint Augustine provided the image of two spiritual cities that overlap in the world, the City of God, formed from the union of all those who love God above themselves, and the City of Man, those who love themselves and the world more than God. . The beauty and disorder of the relationship between these towns shines through beautifully in Andrew Willard Jones’ new book, The Two Cities: A History of Christian Politics (Emmaus, 2021).

The book does more than just focus on politics, as it lays out the whole tapestry of Catholic thought and culture that is necessary to understand how the Church engages the world. Jones sets out a central thesis discerned by the early church: “Christianity is concerned with the salvation of mankind, and mankind is essentially social. The redemption of men by the Incarnation was the redemption of humanity as a political being” (75).

The Middle Ages put this view to its strongest test, when political leaders saw themselves as guardians of the Church and spiritual leaders sought to shape the whole of society through their moral authority. Jones points out that during the Gregorian reform in particular, the popes sought to transform “the whole of society into one ideal liturgical act of worship, into one properly ordained monastery” (101). Although the church did not seek to substitute itself for the state, it claimed ultimate authority on the spiritual plane, seeking to direct policy towards the glory of God.

This spiritualized ideal of politics was not to last. With the rise of the modern world, “increasingly, people’s loyalty was not to Christianity but to their particular kingdom” (132). Within the confines of stronger nationalism, the order of allegiance was often reversed, with religion seen as a tool of political subjugation: “These confessional states were increasingly interested in religious observance as form of submission to the state and not as a true spiritual good. -being of the believer” (162). This in turn led to growing secularism as people found religion to be increasingly tied to the political establishment. And it was almost inevitable that from this position people would claim that “the temporal power was now, in some way, superior to the spiritual power”, a situation which, for the Church, “was not tenable” (187) .

And yet, the supremacy of the political over the spiritual will only increase, notably through violent revolution. New secular regimes, with their accompanying ideologies, would threaten the very existence of Christians in the modern world, with liberalism trivializing the public role of faith and communism seeking to eradicate the Church entirely. Thus, Christians face a new apostolic era, enduring new persecution from the “gods of rising post-modernity,” not “interested in sharing space with the Lord God,” while attempting a new evangelization. of the modern world (339).

This brief history, aided by the masterful account of Andrew Willard Jones, reveals how the Church shapes politics. Seeking the salvation of souls, the Body of Christ expands in the world as leaven to transform all things from within. Christians have certainly been tempted to settle here and now, seeking material rather than spiritual goods, even in the Church.

However, it is important to keep in mind that the proper position of the Christian is that of the pilgrim, leaving his mark on the world, improving it when possible and supporting it when it is not, all showing others the way to the kingdom. which will last forever.

• Related to the CWR: “The two cities is a remarkable and complete history of the world” (June 7, 2022) by Conor Dugan

If you enjoy the news and views provided by Catholic World Report, please consider donating to support our efforts. Your contribution will help us continue to make CWR available to all readers around the world for free, without subscription. Thank you for your generosity!