HARARE, ZIMBABWE – Growing up, Emmanuel never received any of the vaccines Zimbabwe requires of children, such as the polio vaccine and the Bacillus Calmette-Guérin inoculation, which protects against tuberculosis. Her parents were members of an apostolic sect that rejects conventional medicine and puts their faith in God for healing. Whenever Emmanuel fell ill, his church members prayed for him, and he avoided going to doctors and hospitals for treatment.

“God spoke to our chief prophet a long time ago and told us not to see a doctor, because we can protect ourselves from all diseases by prayer, and that is what we believe in,” Emmanuel says. .

Now, as an adult, he continues this tradition with his own family. The Zimbabwean government has launched its campaign to vaccinate the public against the coronavirus. But Emmanuel and thousands of other members of apostolic communities across the country are choosing not to be vaccinated – a move that threatens to undermine the government’s efforts to protect the public and end the pandemic.

“We prayed for us, but we were told [by the head of our church] to make a personal decision whether or not to get the vaccine, ”said Emmanuel, member of the Apostolic Church Johane Masowe Chishanu, who asked that his last name not be published because he feared reprisals for opposing the government vaccination policy.

Neither he nor his three wives or seven children, aged 9 to 18, will receive the vaccine against COVID-19, the disease caused by the coronavirus. “I made the choice for myself and my family not to be vaccinated for personal reasons”, explains Emmanuel. 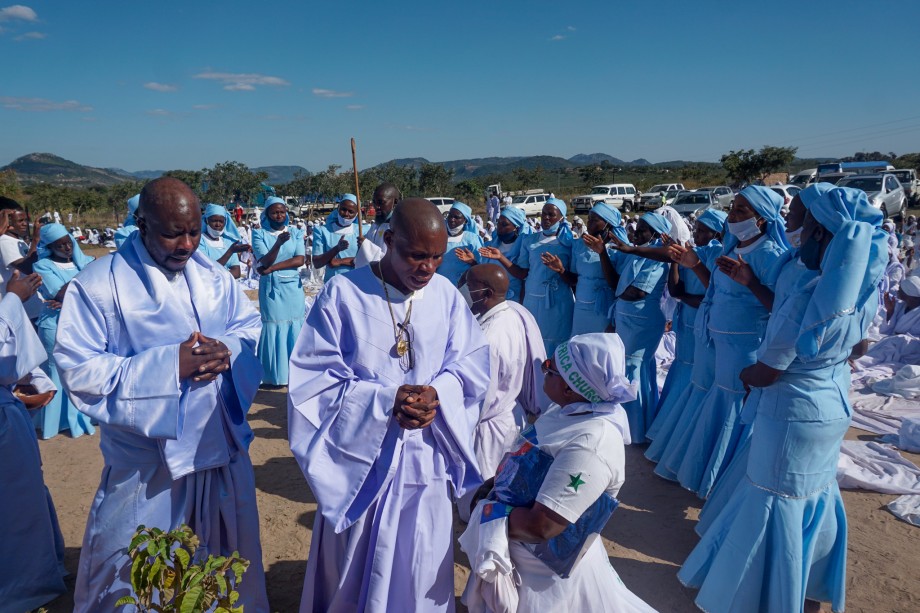 Andby Makururu prays and prophesies to some of his followers during a Sunday church service.

The government’s vaccination campaign began in February. Initially, frontline workers, the elderly, people with chronic diseases and other high-risk groups were given priority, but vaccinations are now open to the general population. More than 750,000 people have received a first dose of vaccine, according to the Ministry of Health and Children. Since the start of the pandemic, there have been more than 46,000 confirmed cases of COVID-19 in the country and more than 1,700 deaths.

Infections have started to rise in recent weeks and the government has put in place lockdown measures in some sensitive areas. Authorities still have a long way to go to meet the country’s goal of vaccinating 10 million people, or 60 percent of the population, to achieve herd immunity.

The vaccine hesitancy within the apostolic community in particular represents an important challenge. One-third of Zimbabwe’s population belong to apostolic religious groups linked to Christianity, and the leaders of apostolic churches have considerable influence in society.

A survey last year by the Zimbabwe College of Public Health Physicians found that while 50% of Zimbabweans would accept the vaccine, 30% were not sure and 20% would reject it.

“Religion has always been a big influence when it comes to public health decisions,” says Dr. Grant Murewanhema, epidemiologist and public health physician. “With regard to the COVID-19 vaccination in Zimbabwe, some outspoken religious leaders with very many followers have spoken out against the COVID-19 vaccines, associating them with the devil’s intention to destroy the ‘humanity. “ 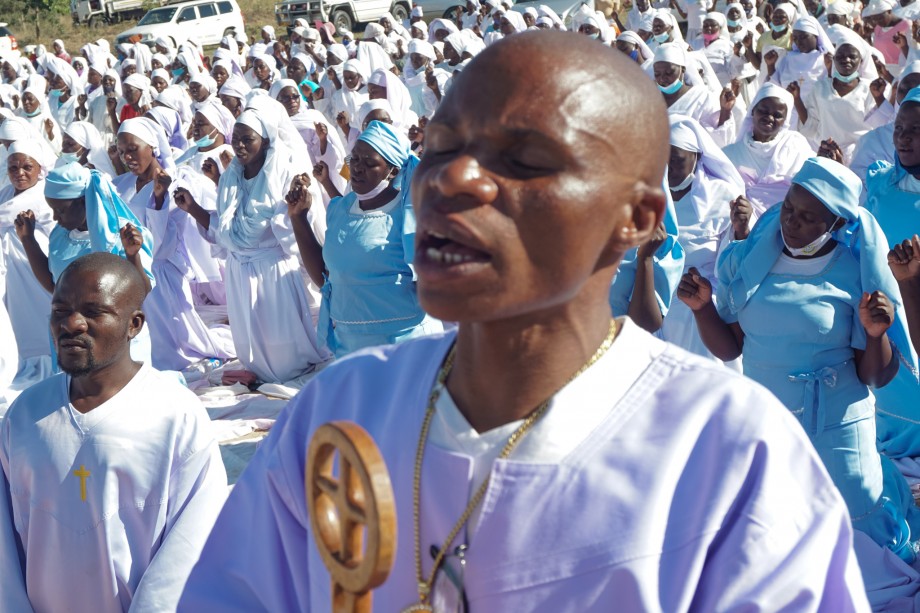 Andby Makururu prays with his disciples.

Beyond concerns about vaccines and broader religious objections to conventional medicine, the researchers also noted that corruption and lack of trust in government can contribute to Zimbabweans’ reluctance to take vaccines.

Dr Agnes Mahomva, chief coordinator of the national response to the COVID-19 pandemic in the office of the president and cabinet, said the government is holding workshops and awareness sessions with religious leaders in an effort to overcome the opposition to the coronavirus vaccine.

“We are engaging all religious sectors to make sure that when they preach to their devotees, they are also promoting immunization,” Mahomva said. “The good news is that we have had a number of religious leaders come in for the shots. “

Chipo Dzingai, the chief advisor to an apostolic sect in Harare, said members of her congregation did not oppose vaccines, including the coronavirus vaccine, and members of the public should follow the advice of government health.

“We understand that there are some things that need spiritual guidance and others that don’t,” she says. “You just have to follow the experts in the field. All the measures against coronaviruses that are implemented are not aimed at harming us, but at protecting us. “ 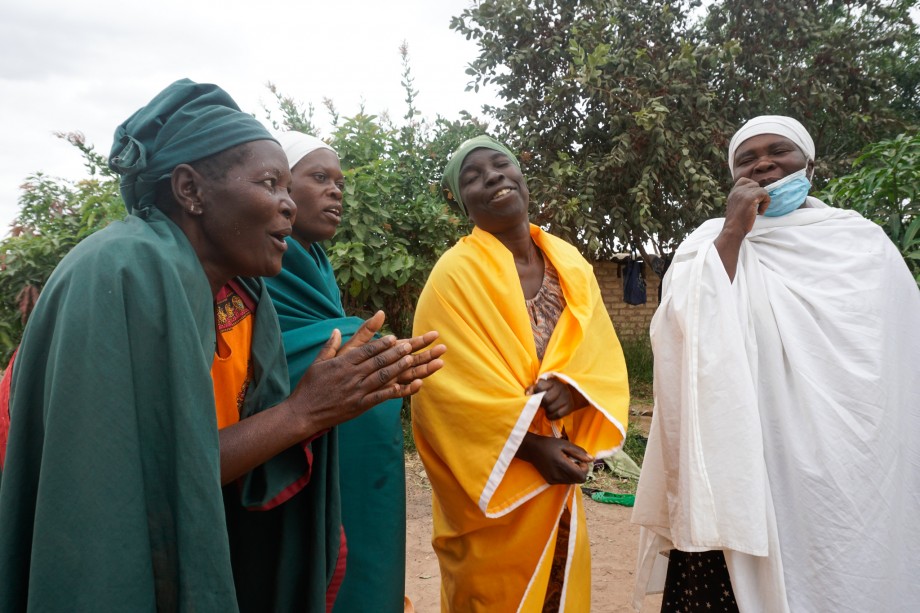 From left to right, Chipo Dzingai, Rosemary Nenura, Maria Dube and Miriam Mutandwa sing and clap their hands while praising God at their place of worship in Harare. They say they are ready to be vaccinated once the vaccine is available near them.

Andby Makururu, founder of the Johane Fifth Apostolic Church in Africa, agrees that the vaccines will help curb the spread of the coronavirus. He plans to get the vaccine himself and says he advises members of his congregation to do so as well, though some are still hesitant.

“As a church leader, I encourage the people of Zimbabwe to get vaccinated,” he says.

Mahomva says the government respects individual religious views, but religious leaders and members of the public are undermining the country’s overall efforts to protect public health when they speak out against vaccines. She says she hopes more religious leaders will help get the message across that vaccines are safe and effective.

“Individuals have their beliefs,” says Mahomva. “But we’re working to get the right information, the right science, and engage them, so their people can get the immunization they all need.”