The Archiepiscopal Vicar of the Archdiocesan District of Northcote, Bishop Evmenios de Kerasounta, attended an official dinner given in honor of the visit to Australia of His Holiness Mar Awa III, Catholicos Patriarch of the Holy Assyrian Catholic Apostolic Church of the East, on Tuesday 15 May 10 October 2022, representing Archbishop Makarios of Australia and Ecumenical Patriarch Bartholomew.

It was a significant event for the Assyrian community in Australia, as the Primate of the Assyrian Church of the East visited the fifth continent for the first time, following his ordination on September 10, 2021. During the meal, which s held in Melbourne’s Coolaroo suburb, Bishop Evmenios of Kerasounta extended a warm greeting to all who attended, while conveying the prayers and blessings of Ecumenical Patriarch Bartholomew and Archbishop Makarios of Australia .

During his address, Bishop Evmenios de Kerasounta spoke of the common historical journey of the Orthodox Church and the Assyrian Church of the East, but also the common challenges they are called to face on the fifth continent (Australia): “Preaching our faith and maintaining our cultural traditions in a society that is becoming increasingly secular and hostile to Christianity.”

“We have a lot to learn from each other because we are kindred communities in Australia,” Bishop Evmenios said, “particularly because so many of the Assyrian community found refuge in Greece before coming to Australia and speak better the Greek that many of us..

But these are ties that go back millennia. We cannot forget that some of the most venerated saints of our Church, Saint Ephraim or Mar Abrem in Assyria, to whom our Archbishop of Australia is particularly devoted, and Saint Isaac of Nineveh, were Assyrians. We also do not forget that our musical tradition and our hymnology have their roots in composers such as Saint Romanos The Melodist, another Assyrian Christian.

The very scientific work of the Ecumenical Patriarch Bartholomew in detecting Byzantine influences in the functioning of the Church of the East certifies the continuous communication and dialogue between the two Churches and our holy traditions”.

Addressing His Holiness Mr. Mar Awa III, Bishop Evmenios acknowledged that His Holiness’ love and respect for the Orthodox Church is well known; a relationship that was established by his meeting with His All Holiness Ecumenical Patriarch Bartholomew in 2011.

“Like you, who lead the Church of the East from Erbil to the plains of Nineveh, our Ecumenical Patriarch has been forced to lead his church from Constantinople, with all the difficulties that entails,” His Grace said. “So if there is a church in the world that understands your trials and tribulations, but can also testify to your morale and your courage, it is ours. We salute your perseverance and your indomitable face. so many difficulties”.

In conclusion, Bishop Evmenios de Kerasounta expressed hope that the relationship of mutual support and respect between the two Churches in Australia will continue, stating, among other things:

“In Australia, we hope to build on the respectable tradition of communication, mutual support and respect, based on our common approach, attitude, traditions and liturgical and cultural heritage, for we are all one in Christ, as stated Saint Paul at the Galatians.

We will do what we can to cultivate in this situation and in this country, a harmonious and productive relationship that seeks to spread the message of Him who is Love. “We have much to learn from each other and share as we build the churches, schools and other infrastructure needed to ensure the survival of our faith in this country.”

It should be noted that the official dinner began with the welcome of Mar Benyamin Elya, Bishop of Victoria and New Zealand of the Assyrian Church of the East, while in addition to Bishop Evmenios of Kerasounta, The Honorable Ros Spence MP, Minister for Multicultural Affairs, Community Sport and Youth, State Member for Yuroke, Mrs Maria Vamvakinou MP, Federal Member for Calwell, and the Very Revd Fr Denis Stanley EV, Episcopal Vicar for Ecumenical and Interfaith Relations, Roman Catholic Archdiocese of Melbourne, extended their best wishes and greetings to all present. The opening address was delivered by His Holiness Mar Awa III, Catholicos-Patriarch of the Assyrian Church of the East. 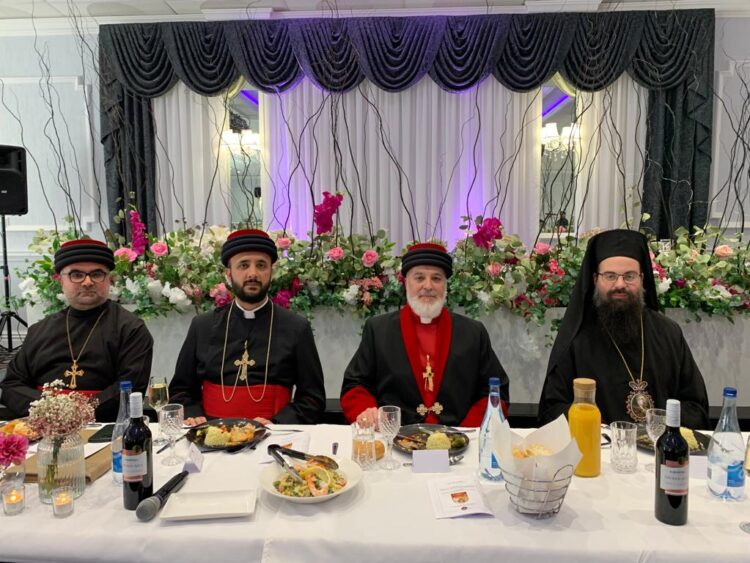 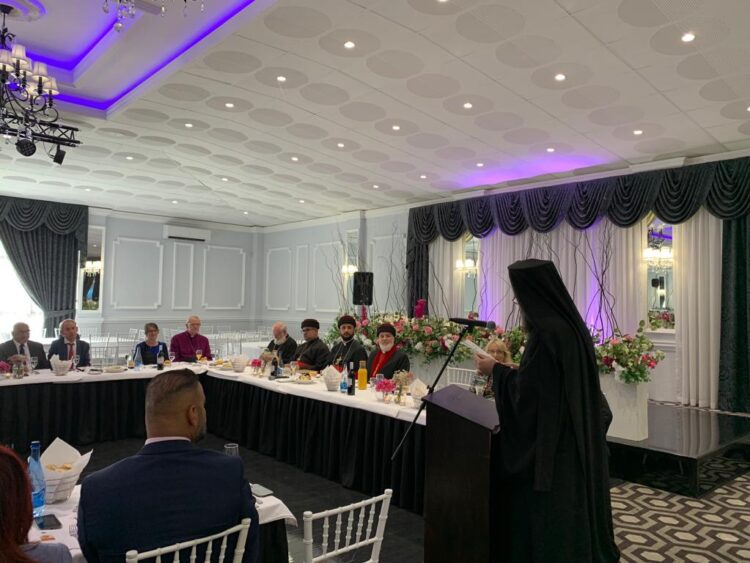 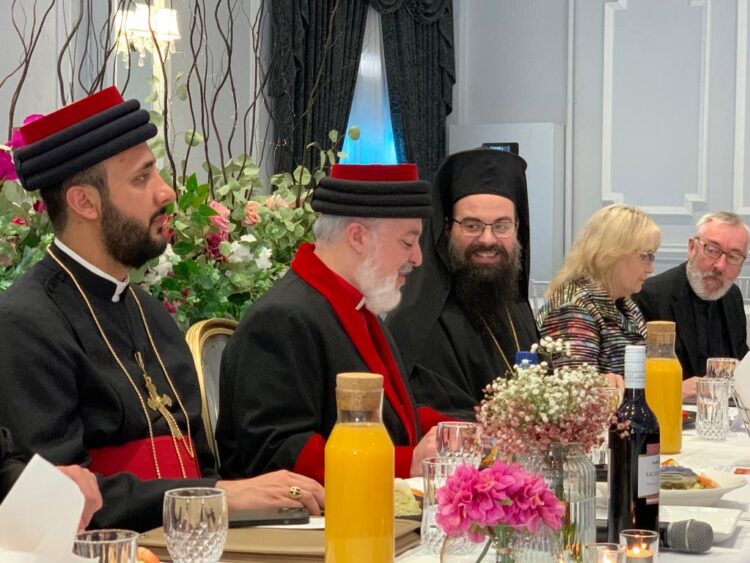